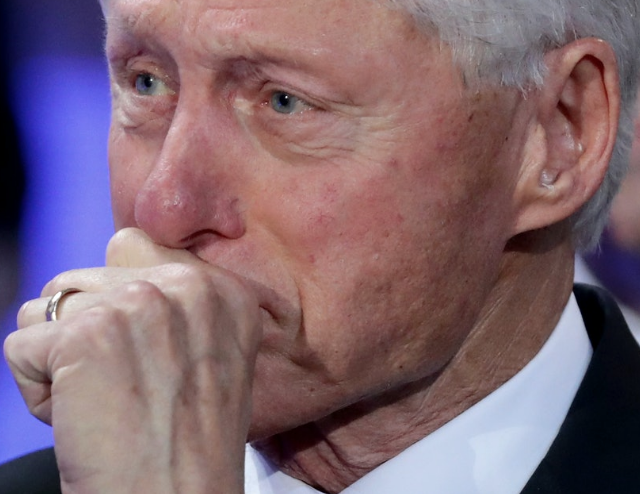 Since she became so well-known as the president’s (or is it Webb Hubbell’s? I’m not sure which) daughter, Chelsea Clinton has tried to make at least a token effort to be involved in different things in order to make her world a bit better of a place. She has tried to be a positive impact for change for some people around the world (and yes, I just about gagged when I wrote that, but I digress) and now, she is coming forward with an announcement that will be a surprise to a few people, but something that the great majority of other people have suspected for years. Chelsea Clinton could very well decide to run for office herself in the near future.

Yes, the former First Daughter is now coming out of the woodwork, and she is not only attacking President Donald Trump, but she is planning on announcing that she hasn’t completely given up on the possibility that there might indeed be a political run or two in her future. At the present, the answer to whether she will run for office is absolutely a “definite no now.” However, if Chelsea had enough drive and motivation, she definitely feels like she could decide to set her sights on it.

You see, Chelsea has recently written a children’s book, and she was promoting it at the Edinburgh International Book Festival. It was during that time that she said that she “abhorred” the current president and felt that Trump was unfairly targeting Hispanics.

She said that she felt disgusted at how Trump continues to separate children from their parents at the U.S.-Mexican border, and she feels that it is “the greatest sin at that moment.” 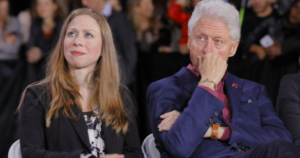 She smugly admitted some extra tidbits at this international festival as well: “At the federal level, there is no question that I abhor just about everything that President Trump is doing. However, I do have an immense amount of gratitude for what my senators, congresspeople, and others are doing to stop him at every turn,” Clinton told the crowd, who evidently are a group of people that like political obstructionism as much as she does, but again, I digress.

The younger Clinton decided to egg on the crowd a bit more, saying that she will never agree with what Trump is doing and that she knows she needs to resist.

“Of course I disagree with this President,” she said. “But there are other offices that I could be in the running for. My family is being well-represented with some of these offices, but of course, that could always change. If my city council person were to retire, if my senator were to retire, if any of my people in congress were to retire, I definitely might have to rethink that decision. Like I said, it’s a no right now, but it is a definite maybe in the future. Who knows what anyone’s future is going to bring?”

Chelsea Clinton recently made some news herself when she published a children’s book that dealt with the subject of women who persist and remain determined even though they have to encounter sexism. Of course, there were some people at the book festival who wanted to get in on some of the gossip regarding how the elder female Clinton handled losing to Trump back in 2016.

Oh brother, here we go. “Of course, it isn’t the way that any of us in our family wanted it to go. We all agreed that she would have made an extraordinary president, but it doesn’t surprise me at all that she is not just hiding out at home. That just isn’t who my mom has ever been. She just continues to persist and move forward and keep trying to have a positive impact both in politics and outside of it, much like she has done her whole entire life.”

She added, “I’m incredibly outraged at the Trump administration for ripping children away from their families at the U.S.-Mexican border and not making sure that these children are reunited as quickly as possible with their families.” That’s not what really happened, but whatever.

Would Chelsea get your vote? Or would it totally make you gag as well?