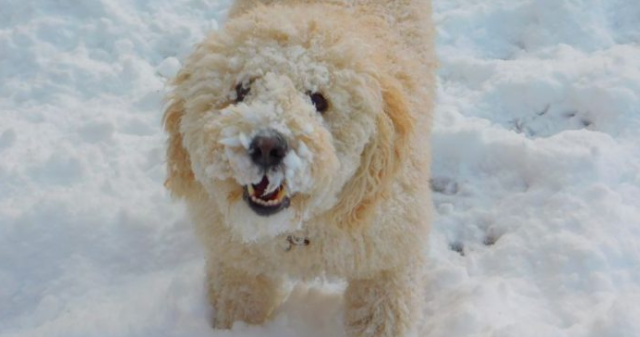 If you tend to want to leave your dog outside a lot, then Pennsylvania is probably not the state for you. They have recently taken a very hard stance against those who abuse animals. While there might be other states that will let animal abusers get away with such cruel offenses as torture, beatings, and rape, Pennsylvania is not having any of it. They recently passed landmark legislation that will put animal abusers behind bars if they leave their dogs in either extreme cold or extreme heat.

Hopefully, this is a new law that will unite both liberals and conservatives alike, and one that will appropriately punish those who are intent on harming animals. One of the things that the law does is make jail time a reasonable (and expected) punishment for those who tie their dogs up in temperatures that are either higher than 90 or lower than 32. They can leave the dogs in that position for no longer than 30 minutes and that is all. Extreme temperatures such as this are common across the state of Pennsylvania, so there is no question that this law could save the lives of many dogs within this state.

This recently passed law has been appropriately named Libre’s Law, because it was named after Libre, who was a rescue puppy who was left out in extreme temperatures for an extended period of time. He was located at a home in Southern Lancaster County, and he was only seven weeks and was outside in very brutal conditions. A Good Samaritan called the police on the dog owners and reported the abusive conditions that the pooch was living under.

Thankfully, Libre was one of the lucky ones. He didn’t die from this terrible treatment of his. The animal has now recovered and is in better hands now. Not only that, but he has inspired Pennsylvania lawmakers to make the necessary changes to benefit the lives of all of the pets in that state.

Individuals who are found guilty of violating Libre’s Law will face severe consequences. They will have a heavy fine and will be the recipient of between six and twelve months in jail.

Needless to say, animal cruelty officers are delighted, simply because they now know that the lives of vulnerable animals like Libre and other tiny puppies will continue to be protected.

Jennifer Nields is a spokesperson for the Lancaster County Animal Coalition, and she said, “Of course, this isn’t going to stop cruelty. But it will place an emphasis on seeking justice for the cruel acts that have been done against them. These new laws simply serve as a recognition that they have pain at the hands of their owners and this justice is something that they deserve.”

No, Libre’s law will not stop all psychopathic criminals from abusing animals, but it should at least significantly reduce it. This new law will also emphasize that animals should be treated well and respected. They don’t deserve cruelty.

The Pennsylvania Veterinary Medical Association has figuratively given this new law a standing ovation, saying that it is an “incredible victory for all animals.” It is definitely a tremendous step in the right direction.

Of course, Pennsylvania is breaking new ground in regards to their laws regarding how to properly treat your animals. They are making history, but they are doing it in a good way. They are going to bat for our furry friends, and there is no reason to think that other states won’t soon follow suit as well. This is a great day for animals and animal lovers everywhere.

Of course, there are plenty of other states that had laws on the books regarding how to properly tie up a dog. However, Pennsylvania is now the only state that has made legislation regarding leaving a dog tied up in inclement weather. More animals’ lives will be saved as a result.

Pennsylvania Governor Tom Wolf is definitely pleased with this legislation as well. He is going to use Libre’s Law to shore up his state’s defense against cruelty and abuse against animals. He will put this law into effect in the same fashion as other, similar laws that Wolf pushed through regarding the horrible practice of leaving cats and dogs in hot cars.

When it comes to leaving dogs outside in the cold, there are many who have the mistaken notion that it is no different than how wolves can survive in the wild in extreme conditions. However, it is much different for domesticated dogs, simply because they have bred to live indoors with human beings.

Do you agree with the Pennsylvania legislature that this was a wise move for all of our furry friends? We’d love to see your comments below!

One thought on “NEW LAW: If You Leave Your Dog Out in the Cold, You Could End Up Behind Bars”