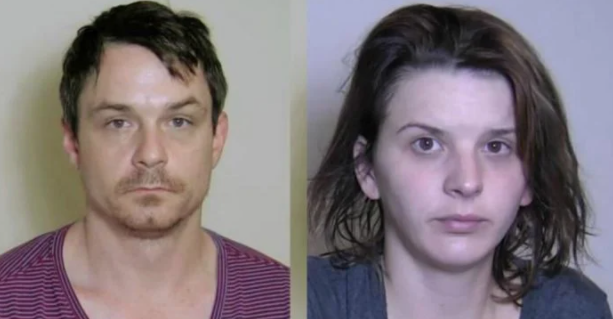 It seems that every other day we read something on the news or in social media regarding abusive treatment toward children. However, the situation seems to be getting worse, simply because each and every story seems to be even more shocking than the last one. Take, for example, this latest story where a man not only drugged a two-year-old little girl with cocaine in order to sexually assault her, but the mother even knew about the abuse and simply did nothing!

This shocking child abuse case recently came to light in Madison County, Illinois when the two-year-old little girl was taken for medical help by her mother. Because medical professionals are “mandated reporters”, they immediately noticed that the child was showing signs of abuse and they filed a report with the appropriate department. In the wind-up, both the mother (Lacey Take) and her partner (Matthew Miller) were investigated regarding the abuse, arrested, and appeared in court.

The depravity and neglect of this child by Lacey Take and Matthew Miller are truly shocking, and that is probably the reason why Miller had a bail of $1 million, and Take had a bond of $500,000. First of all, the child had bite marks all over her body, including on her feet, hands, and legs. Secondly, Miss Take admitted that they were not only using cocaine prior to Miller deciding to do these terrible things to the child but that she allowed Miller to ply the child with this drug so that he could have his perverted way with her.

Take continued to leave the child with Miller even though he brutally sexually assaulted the child on two separate occasions within a one-month period.

After they had their day in court, the couple was charged with a wide range of crimes. Miller was charged with three counts of sexual assault as well as aggravated battery for the numerous bite marks that were found on the child’s body. Additionally, even though the police do not believe that Lacey Take was involved in any of the abuse, they nonetheless charged her with child endangerment and permitting sexual abuse of a child. All I have to say is hopefully these two get very long prison sentences!