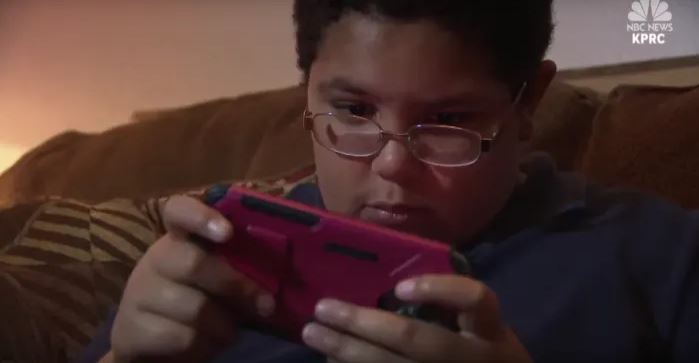 Tiffany Lynn Elfstron is one upset parent, and with good reason. She was recently on the phone with one of her son’s teachers, but something very strange was going with the phone at the same time…

Apparently, while she was on the phone with her son’s teacher, she was also inadvertently receiving some very insulting text messages. Considering that Tiffany Lynn Elfstron always multitasked anyway, she put the phone on speaker so she could read the messages.

What she saw made her heart sank.

The messages were from that same teacher, and they read in part: “This lil mother f—er is crying like a baby for mommy because he wants to go home. Omg I just want to omggggggg pull all my damn hair out.”

It didn’t take long for Ms. Elfstron to determine what was going on. It appeared that the teacher was trying to text SOMEONE ELSE about her son but was accidentally sending the texts TO HER.

“I was heartbroken and saddened,” Tiffany Elfstron said. “And I still am.”

13-year-old Jayden Elfstron is Tiffany’s son, and he is currently a student at Levi Fry Intermediate School. He has been diagnosed with autism, bipolar disorder, attention deficit hyperactivity disorder, and other mental health concerns. Thus, he is in a special needs class at the school.

The saddest part about this whole situation is that this shouldn’t have been an issue of burn-out either. The teacher in question has an autistic student herself, so she should have been well-versed in how to interact with autistic kids. Such wasn’t the case, however.

On the other hand, Ms. Elfstron takes being an advocate for her son very seriously. She immediately went to the school district main office and discussed the matter with the assistant principal. He was just as appalled as she was, and the teacher who insulted Tiffany Elfstron’s son was promptly relieved of her duties.

The school district released a statement regarding the incident. “This teacher admitted that she sent the text. She was intending to send it to someone else. Nevertheless, we feel this incident doesn’t represent the character of the individuals we want teaching our students. Thus, this teacher is no longer under contract with our district.”

A substitute is now teaching Jayden’s class, and he is much happier.

What do you think about this incident and how it was handled?