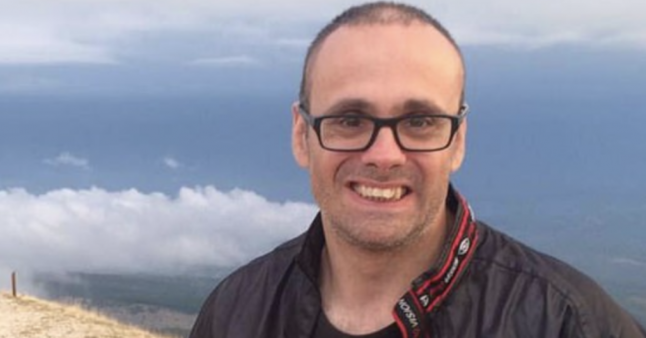 Well, there was good news and not-so-good news for Martin Ashely Conway’s love life. The good news for the 45-year-old personal trainer is that he was finally able to find a date. Not only that, but the first date was even a little bit fun. However, the bad news for Conway is that he caught a cold sore from the shared first kiss of his one-time dating companion. Of course, even though this minor cold sore will definitely go away on its own, Conway is not one to take matters like this lying down. He filed a $150,000 lawsuit against his brief fling partner for infecting him with this terrible “virus for life.”

Conway decided to go out on a date with the woman he knew as Jovanna Lovelace, and he unfortunately soon found out that she was negligent in her “ethical, moral, and legal duty” as his date to let him know that she had a form of mouth herpes and that he was at risk of catching it if they shared a kiss. Of course, Conway did not know that she was infected with this virus. If he had, he contends that he might have been more careful during their amorous meet-up in London in 2019. He is now very upset that he is infected with this virus that he has no choice but to deal with for the rest of his life.

Conway is a native of the Paddington neighborhood of West London. He got the fright of his life just a few days after his date with Lovelace. He noticed that he was getting sick with flu-like symptoms, and then he began to experience mouth ulcers and had a very serious panic attack to go with it. Indeed, he had such a severe attack that he thought he was dying, so he rushed to the nearest hospital.

One of the main goals of Conway’s lawsuit is to get $150,000 in damages for getting infected with this virus, which he claims will ruin his professional and personal life. Conway claims that he has paid out at least $120,000 personally for bi-weekly therapy sessions that will last until he is 79 years old.

Naturally, Lovelace feels differently about this whole situation. She is duking it out with Conway in the Central London County Court because her lawyers believe that this lawsuit should be thrown out. They feel that it is “vexatious and frivolous.”

Conway says he met “Jovanna Lovelace” on the Meetup website, and he described the date that led to his lawsuit in more details in the claim form, providing the details that led up to their kiss.

“The respondent and I met in May of 2019. We communicated on a daily basis, and this turned into a romantic and emotional relationship. On July 4th, 2019, the respondent invited me to an evening out. We met in Central London, and after the date we kissed. After the evening was done, and after we had already shared intimate kisses, she informed me as she was putting her makeup on that she had a cold sore. Unfortunately, I wasn’t aware of the contagious nature of cold sores, and so this led me to have a lot of emotional distress.”

Conway claims that he wasn’t prepared when the cold sores attacked him. He said that ulcers formed around his mouth and it was “extremely depressing.”

“My illness continued to worsen to the point where I was unable to eat or even leave my apartment,” he said. “I went through a few weeks of not leaving my property at all except for doctor appointments.”

Do you feel that Conway should win this lawsuit? Or do you think that the case should be thrown out entirely or simply have a settlement reached?

One thought on “45-Year-Old British Personal Trainer Launching a $150,000 Lawsuit After Getting a Cold Sore After He Finally Finds a Date”