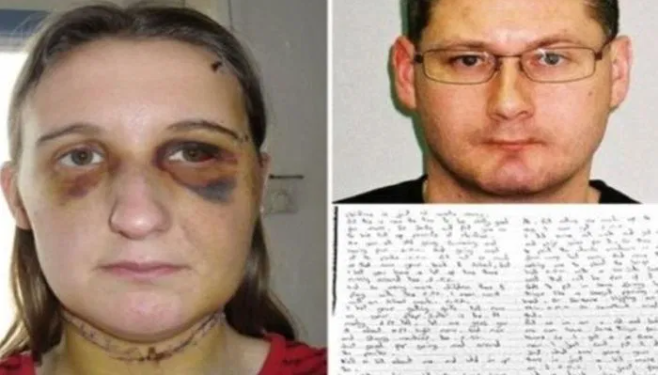 Picture this: your fiance and father of your children, the man who is supposed to be the one who will commit your undying love to you during your upcoming nuptials, is actually torturing you for hours and in front of your children no less. Of course, you will obviously call the police and call the relationship off. UK citizen Natalie Allman found herself in this situation, and she probably got some vindication when her ex-fiance was sentenced to nine years in prison for the attack. However, it is the aftermath of this situation where the injustice definitely occurred.

Although Allman was getting ready to move on with her life, apart from her abusive fiance Jason Hughes, she was shocked to receive a letter from Hughes’ lawyer demanding at least six letters per year detailing how their children were doing and to allow him some phone calls with them on holidays and birthdays. Of course, most women would just laugh and privately tell him to kiss off, but Ms. Allman has a small problem.

You see, in her case, the judge actually issued an order compelling her to do or she would have to pay a hefty fine and go to jail herself! “I didn’t think for a second he would be granted any contact after doing those terrible things to me. I did my best not to think about it. I couldn’t possibly see how anyone would take his side over mine. But he had the balls to go forward with the application, and then I was called into court just before Easter of last year.”

Hughes got the order for extra communication approved under the Residence and Contact Order under Section 8 of the Children Act of 1989. This means that even though Allman is heavily traumatized, she doesn’t have a choice but to comply with the order or receive jail time.

“I read that order and I just felt sick,” she said. “It was awful that I was going to have to communicate with this terrible person after what he had done. I won’t lie. I wanted to ignore it completely and just go on with my life with my kids. Of course, then I read those notes at the end of the note. It said, “If you fail to comply with this order of contact, you are likely to be held in contempt of court and either fined or even sent to prison.”

“I just find this whole thing unbelievable,” she said. “The fact that I’m being treated like a criminal is bad enough. But the fact that I have to communicate with this man who attacked or be separated from my children and sent to prison when I’m the crime victim, not him.”

All one can say is, “good night!” What do YOU think about this story? Feel free to have your say below!

2 thoughts on “Travesty of Justice! Judge Tells Woman She Must Write Letters to Ex-Fiance Who Cut Her Throat, or She Will Go To Jail Herself”