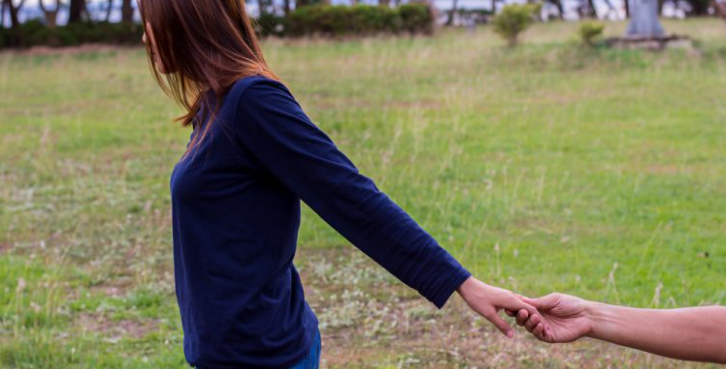 They say love comes in many forms, and one particular teenager is the living embodiment of that. However, this isn’t one of those great romance stories, but it’s something that is pretty disturbing and sets a pretty dangerous precedent. Indeed, one type of “love” is banned in all countries, and that would be the rule that children are never allowed to marry their parents. Yes, this seems obvious enough. However, children that were given up for adoption and then reunited with their biological parents when they become adults go through a rather strange phenomenon. Some researchers have even given this a name, calling it “Genetic Sexual Attraction”, or GSA. This term was first coined in the 1980s, and it refers to the occurrence of some intense romantic and sexual feelings that some people feel for their biological family after they have been reunited with them after a lifetime of being apart from them.

The research on this unusual subject is quite telling. First of all, one of the things that it has uncovered is that half of the cases where estranged relatives have been reunited as adults have resulted in some romantic feelings between the two. Indeed, the person who discovered this condition now known as GSA didn’t even realize this condition existed until she had met her estranged son when he was an adult! When she met her son 26 years after the fact, she was overwhelmed with the fact that she was having sexual feelings for her son. Luckily for everyone, the young man did not feel the same way about her mother that she did for him.

Additionally, many scientists have now studied this anomaly called GSA, and they have quickly discovered that there are several reasons why this phenomenon might be explained. First, people might want to experience some semblance of the bonding that they missed out on as a child. Second, they might simply be overwhelmed with the similarities and feel particularly close with their newfound relative. Indeed, the GSA phenomenon might explain why some cousins feel such an intense closeness that they not only feel a romantic closeness toward each other but they also often get married as well.

However, this isn’t stopping one particular young lady from talking to a magazine called The Cut where she described some of the tremendous romantic and sexual feelings she has had for her biological father after reuniting with him after twelve years of estrangement.

This 18-year-old young woman had a mother who suffered from being bipolar, and the young woman was raised by her adoptive grandparents until she was two due to the mental difficulties of her mother. Thus, she ultimately suffered from a lack of bonding from her mother due to missing out on her parenting at a young age.

Moreover, her father was present when she was younger. He would often give her gifts such as Barbies and other girly types of gifts. Unfortunately, the father was gone for twelve years straight until the girl was fifteen years of age. When the father emailed the girl’s mother, the father and daughter started chatting online and they discovered that they had mutual interests in television, and they both engaged sketching and drawing.

Ultimately, she would reconnect with her dad, and she said it was “so weird and confusing.”

At the same time, I was also like, “He’s so good-looking!” and then I thought, “What the hell are you thinking?”

Then, there came the time where she spent five days with him, and she quickly realized that she was romantically and sexually attracted to her biological father.

“We have had strong feelings for each other. We were trying to figure out if it was wrong, but then we kissed. Then we made out, and after that we made love for the first time. I actually lost my virginity to him. It didn’t feel weird in the least. It felt natural.”

This teen is now planning on marrying the love of her life, which just so happens to be her biological father. Of course, this all begs the question: which trailer park are they going to be living in after the wedding? If you are as repulsed by this as I am, feel free to comment about it below…