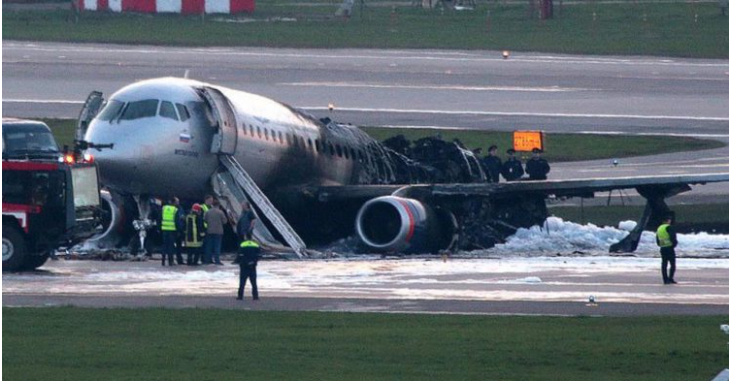 A super jet flew from Moscow the other day, just like thousands of them do every year. However, although 99% of the time these jets land just fine, unfortunately this one did not. As the jet bounced off the airstrip of the Sheremetyevo Airport on Sunday, it eventually burst into flames. There were some passengers who were fleeing for their lives, and still there were others who tried to retrieve their luggage first. Although the plane had just barely taken off from the airstrip, it didn’t even reach airborne status before it had to make an emergency landing again. The trip to Murmansk that way across from Moscow just wasn’t meant to be. 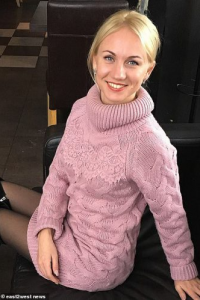 If there were any heroes in this event, it would have to be that of 34-year-old Tatyaba Kasatkina, who quickly sprang to action by grabbing all of the slower people by their collars and forcefully getting them off of the plane and out of the way of the fireball. Meanwhile, her co-worker, Maxim Moissev, unfortunately passed away as he tried to open up the rear exit door. It was stuck in about the worst time possible.
All in all, this disaster killed 41 people, including Moissev and two children. 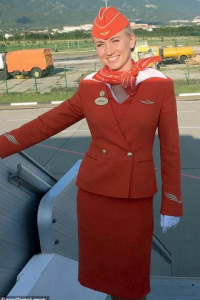 Russian aviation authorities are not entirely certain what caused the crash, but they suspect that it could be narrowed down to one of three things. One option would be that the pilots were simply not qualified to fly such a plane. Another possibility would be that the weather was a significant stressor for the pilots. Finally, there is the possibility that the plane simply just had some type of malfunctioning equipment. Of course, at this point the authorities have found the flight recorders. However, Russian plane experts have not grounded this type of aircraft even though it could continue to be a deadly risk. 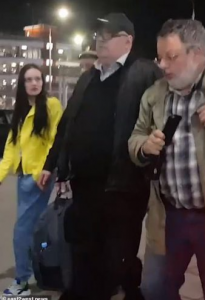 Unfortunately, this plane could have had better survivor rates, but there was one passenger in particular who did not run to the exits, nor did he try to help anyone else out. However, one of the things that this portly man did do was get his luggage and block the exits so that others couldn’t get out! Dmitry Khlebushkin not only cared more about his luggage, but once the dust had settled he demanded a refund simply because he felt the air crew hadn’t treated him very nicely.
To say that Khlebushkin has proven to be a nitwit would be an understatement. However, as people from that ill-fated plane tried to go on with their lives, they soon came to the realization that more peoples’ lives could have been saved if he hadn’t blocked the exit while people were perishing behind him. He blocked the exit when he retrieved his luggage, and then he had the chutzpah to ask for a refund after surviving the burning plane! 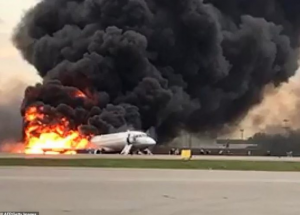 On Monday, there was some nightmarish footage surfacing regarding this plane crash. It was revealed that the plane had burst into flames as it bounced along the runway. Security footage is showing this Superjet collapsing upon the tarmac and going up in a tremendous fireball with an accompanied monstrous cloud of smoke.
Of course, the Russian passenger Khlebushkin has been described as “overweight”, but he has definitely embroiled himself in a tough spot, simply because he is now a source of rage among Russians. First of all, he proved he was dishonorable by being more concerned about his luggage than the safety of others. That is one of the main reasons why people were taking their anger out on him. 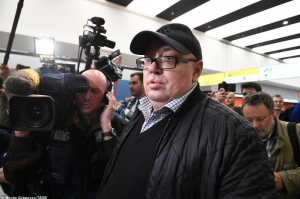 “He made sure that he grabbed his backpack,” one Russian reader commented. “He is looking just great, especially considering that everyone further back than row 11 on that plane died.”
“The first passengers were more worried about their bags from the cabin and they were trying to slide down,” another person commented. “That’s why there was a delay in getting people rescued.”
“That fat man from that video was angry that he couldn’t get a refund about 40 minutes after the plane crashed,” one last person commented. “He definitely took his bag from overhead storage regardless of all of the other people.”
What do you think about how this man acted during a plane crash?