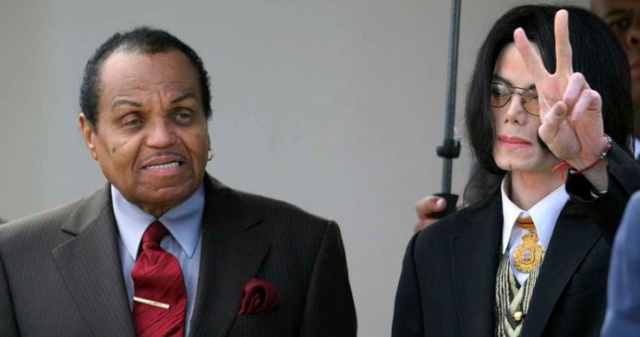 There is no question that Michael Jackson was an artist that transcended pop-rock music forever. He not only pioneered “the Moonwalk” and had his tremendous “Thriller” album, but he had an immense amount of hit singles, such as “Billie Jean”, which, incidentally, I’m listening to right now at the time of this writing. However, it has now been ten years since his passing, and some disturbing details about his early home life are now coming to light.

Disgraced Jackson family doctor Conrad Murray, who was convicted of involuntary manslaughter after Michael Jackson died, is now coming forward with some of the terrible details regarding the inexcusable treatment that Micheal suffered at the hands of his father Joe. Dr. Murray was Jackson’s personal physician for four years, and it was during this time that they developed a rather close bond. Jackson opened up to him about the mixed feelings he had about his father.

“Oh, it was terrible,” Jackson reportedly said to Dr. Murray. “It was more than just a belt-cords, whatever was around. He would throw me against the wall, hit me, but sometimes I was able to get away because I was too fast for him. Still, it wasn’t good when he got to me.”

While it appears that Joe Jackson was a paragon of severe corporal punishment, the situation does get a little bit puzzling when you consider that Michael Jackson’s children adored their grandfather. I don’t know…perhaps he mellowed a bit in his old age?

“Joe Jackson will also be an example of sheer determination and will power,” Prince Michael wrote regarding his grandfather. “He didn’t take the easy way, but he did what he thought was best for his family at the time.”

Dr. Murray went on to have an interview with the Blast where he proceeded to call Joe Jackson one of “the worst fathers to his children in history.” As if the beatings and abuse weren’t enough, it will become increasingly evident why Dr. Murray feels this way even though he is now a convicted felon:

You see, according to Dr. Murray, Joe Jackson not only would beat Michael Jackson brutally but he also forcefully had Michael Jackson chemically castrated at the age of 12 so that he would be able to maintain his high-pitched voice well into adulthood! Yes, you read that right. Let me reiterate: Chemically. Castrated.

It would evidently appear that Joe Jackson cared more for money than he did for the welfare of his children!

“There was immense cruelty that Michael experienced at the hands of his father,” Murray said. “I hope that the elder Mr. Jackson finds his redemption in hell.”

Although its hard to say whether Dr. Murray is telling the truth since he did not fully obey his medical calling to “do no harm”, one cannot deny the fact that he was in a unique position to know these details.

Michael Jackson was a phenomenal performer, but also a very troubled individual. Let’s hope that he is at peace now.

15 thoughts on “Disgraced family doctor reveals the HORRIBLY ABUSIVE thing that Joe Jackson did to his son, Michael Jackson”