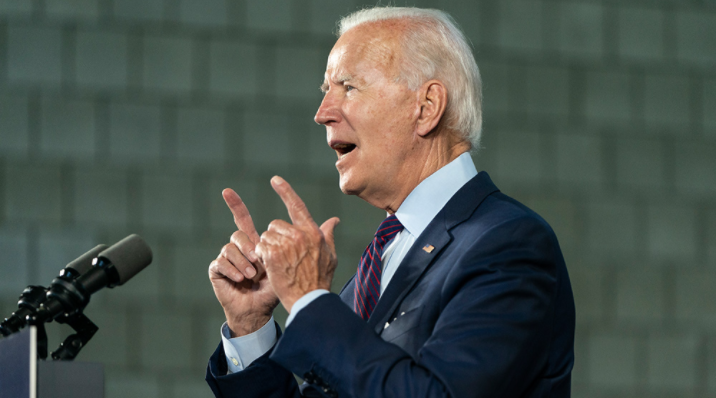 When it comes to most of the agitation within our country, George Soros is the individual who usually gets most of the blame, and rightfully so. He usually funds endeavors that will lead to looting, rioting, and general chaos all under the guise of “social justice.” However, as we approach the election of 2020 with both guns blazing, you should be aware that there are two other individuals that deserve their fair share of blame as well. You see, both the Democratic Presidential nominee, Joe Biden, and the Democratic Vice Presidential nominee, Kamala Harris, have been shown to be linked to a radical organization known as the Ford Foundation. This group continues to actively fund Antifa terrorism and Black Lives Matter terrorism throughout the United States.

Of course, it gets murkier when you consider that the Ford Foundation claims to be the second-largest private foundation within the United States. This group has poured about $2 billion into groups that have “disrupting systems and advancing social justice” as one of their main goals. This is easily seen in their grant database.

Interestingly enough, this isn’t the only former Obama official that now is a mover-and-shaker with this ultra-liberal foundation. Taara Rangarajan is the current chief of staff for the Ford Foundation, but she also served as President Obama’s National Security Advisor from 2013 to 2016 and was a special assistant to Susan Rice while the Benghazi incident was occurring. Finally, Xavier de Souza Briggs was Obama’s associate director from the Office of Management and Budget (OMB), but he is now in a top leadership role with the Ford Foundation.

Voting For Biden and Kamala? You Might as Well be Voting For Destruction and Terrorism to Happen to America

During the last couple months of the Obama Administration (read: reign of terror) the Ford Foundation was very busy at work. They were giving various communist organizations massive monetary infusions in order to ignite civil unrest in their various countries. This included members of the Workers World Party (WWP), which were giving a tremendous amount of funding in order to create the Southern Vision Alliance, which is now known as an activist movement that fueled many of the riots we saw just outside the most recent Republican National Convention in Charlotte.

Of course, we do have to backtrack somewhat. You see, this collective of activists was given $200,000 by the outgoing Obama Administration in 2016. What did this far left-wing group do with that money? Well, they immediately went to Durham, North Carolina and they tore down some monuments. Although many different individuals were arrested, there were some who were defended in court by the Southern Coalition for Southern Justice, which is, you guessed it, another underbelly of this massive and mysterious shadow organization.

Of course, with the seemingly endless cash coming from this foundation, it will definitely empowered these “alleged” activists to continue to “protest.” Just remember, when they are causing chaos, destroying property, and making you lose everything that you have worked so hard for, it wasn’t just a snap decision; they have financial backing.

“When it comes to this alleged criminal gang, the Ford Foundation definitely likes what it sees,” Sloan Rachmuth recently wrote for The Federalist. This wealthy non-profit has actually given this group $750,000 and they have given SVA a total of $1.2 million on an all-time basis.

There is also a total avalanche of Marxist and Leninist groups that are on the dole from the Ford Foundation. This would include Dream Defenders, which is a group run by a senior adviser from the Bernie Sanders campaign called Phillip Agnew. In a nutshell, Dream Defenders desires to release criminals from prison and “end the Capitalist system within the United States.” All you have to do is take a look at the grant database of the Ford Foundation, and you will quickly learn that they have given at least $1.1 million to this group. The activists affiliated with Dream Defenders have been using this money to campaign for a litany of Democrat mayors, state attorneys and prosecutors based in the state of Florida. Why Florida? Because it’s base central in the campaign to end cash bail, defund the police, and free a litany of hardened criminals from prison.

Dream Defenders has literally marched all over the state of Florida. They have been caught shutting bridges down and they held thousands of commuters hostage in the process. They would block the entrances to neighborhoods in an attempt to create as much “civil unrest” as possible, simply because they wanted to promote Democrat causes.

There is no question that left-wing terrorism is real in this country, and it’s here to stay. As freedom-loving patriots, we need to do everything in our power to fight back against these types of organizations before they turn us into another version of the Sovet Union!