When Christ died on the cross, he proclaimed “It is Finished”, and He was trying to portray a gospel of unconditional love for all mankind. From time immemorial, that has always been the basic message of Jesus Christ and the Christian religion. However, there are still some people out there who misinterpret this basic message. They would pervert it and turn it into something it is not. Take, for example, the care of children. Christ never said that he wanted one of his followers to NOT care for children. Instead, he said that if you “offend one of these little ones, it would be better for them if a millstone was hung about their neck.” Thus, it is an undeniable and universal truth that children should always be cared for in a loving, safe environment. Unfortunately, there are some individuals who apparently have never gotten this basic message.

Now, you would think just having a child be in as safe of an environment as possible wouldn’t be too much to ask. Apparently, it is though, especially when you consider 7-year-old Ethan Hauschultz. He was registered as dead on arrival in April 2018. No, he wasn’t from some third-world country either. He was actually from Wisconsin, the 30th state of the United States of America. His autopsy report was grotesquely telling.

Poor little Ethan had truly been through a lot. The autopsy showed that he had suffered a fractured rib, hypothermia, and that was bizarrely matched up with blunt force trauma to the abdomen, head, and chest. At the time, it was a tremendous mystery to the medical examiner just what had happened to him, so they turned the case over to investigators affiliated with the Manitowoc Sheriff’s Office. They worked day and night trying to figure out what might have happened to this little boy.

Well, apparently the people taking care of Ethan were religious extremists, and they killed the young boy simply because he had failed to memorize 13 Bible verses when they had asked him to do it. The Hauschultz family had consisted of a father named Timothy and a mother named Tina. They also had a fifteen-year-old teenager named Damian. Simply put, the family acted as court-appointed guardians for this young and two other siblings, including Ethan’s twin.

Of course, while it’s unclear just what the relationship was between this adoptive family and these young children, you would think that the Manitowoc wing of Child Protective Services would be on the ball and run a thorough background check. Unfortunately, it appears that they dropped the ball too. 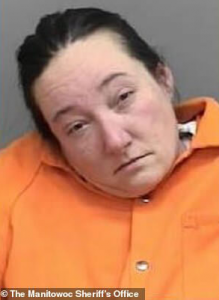 When you consider that their activities led to the death of a small child, there definitely needs to be some answers. Everyone in the Manitowoc area (and the rest of the country, for that matter) are rightfully concerned about what might have happened to this young child. It also makes you seriously wonder if any of these officials can be trusted.

Of course, the first order of business would be to fully understand just how this terrible event happened in the first place?

Well, the court documents revealed that one of the punishments for failing to remember those 13 Bible verses, these “parents” made Ethan do some terrible things indeed. They made Ethan and his twin carry around a 44-pound log and walk all kinds of laps in the yard. Now, this would be difficult for an adult to do, but it is especially difficult when you consider that Ethan and his twin only weighed just over 60 pounds apiece.

These sick people made Ethan and his twin perform this sick activity two hours every day for a week. 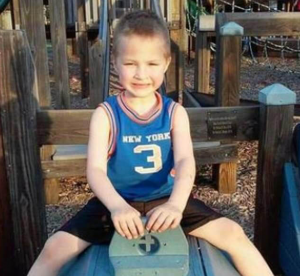 There is no question that this is the epitome of cruelty when you consider that Ethan and his brother only weighed 60 pounds, they were carrying something that was literally two-thirds of their own body weight! Even under the best of circumstances, this would be abuse. However, when you consider that he was made to do this without a coat or boots in sub-zero temperatures it isn’t no wonder that he ultimately perished. When you couple this with the fact that his supervisor was his adopted brother Damian and that would he would kick and violently beat the small boy when he stumbled, you truly have a recipe for disaster. This diabolical trio would even bury Ethan completely under the snow as part of his punishment. 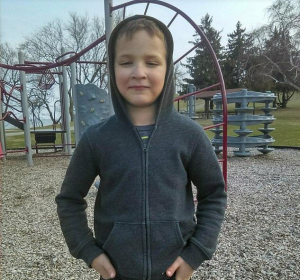 When you take this whole entire story into account, the injuries sustained by Ethan were absolutely matched up to the trauma that the coroners determined to have killed him. In a nutshell, folks, Ethan was murdered in cold blood by the very family that was tasked with taking care of him.

The story does have a (somewhat) happy ending. The three of these individuals have all been arrested, and they have now faced the court after an investigation that lasted several months. It is good to see that Ethan is going to see at least a small amount of justice for what these depraved individuals did to him. Let’s all hope that his siblings have now been placed in a much safer (and authentically Christian) home.