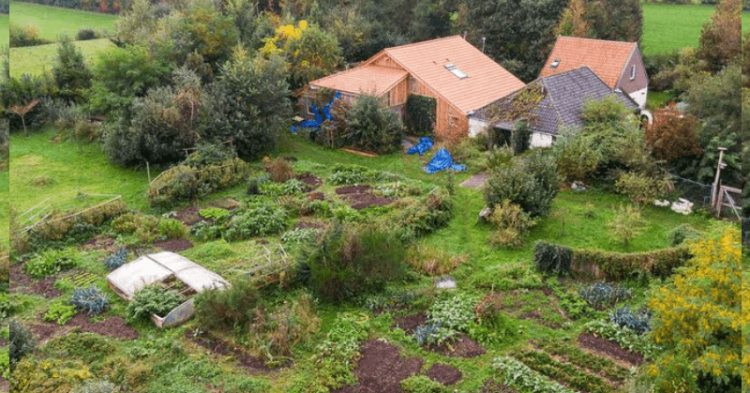 Apparently, there was a family of seven hiding in a “secret room” in a remote farm for the past nine years. The family consisted of a 58-year-old man and there was also six siblings between the ages of 18 and 25. They were found hiding at this isolated farm just because they thought that the world was going to end. This charade would ultimately fall apart after one of the siblings escaped from the farm and made his way to a local pub asking the patrons there to help him and his siblings.
Police have not confirmed yet whether this Netherlands family was living like this willingly or if they had been held against their will. The five siblings that remained at the farm were claiming that the old man was bedridden, and the police did confirm this once they raided the area. Although these siblings also claim that this man is their father, the police haven’t confirmed that yet. 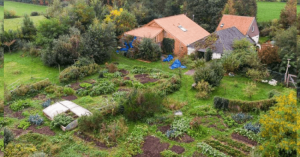 “There were six people who were living in a house in a very small space. It could be locked but it wasn’t a basement,” the police said in a statement to the BBC. This police force was located in Drenthe, which was where these isolationalists were hiding at. The law enforcement officials shared an update via Twitter to all interested parties: “Yesterday, an individual reported to us that they were concerned about the living arrangements of some people at some property in Buitenhuizerweg in Ruinerwold. We investigated after we got there, but we have many unanswered questions.”
Apparently, the 25-year-old sibling fled this farm and was trying to find help. He was so traumatized once he arrived at the pub in Ruinerwold that he ordered five beers and drank them one after the other. He fueled up on his “liquid courage” and then, he began talking. He said that his family had stayed at that remote farm and they were anticipating the end of the world and had done so since at least 2011.
Bar owner Chris Westerbeek admitted to the local news outlets that he had been intrigued by this man’s story. He said that he had a dirty beard, wore long hair, had on old clothes, and looked very confused. “I chatted with him,” Westerbeek said. “He revealed that he had ran away and that he needed some help. He said he’d never been educated and he hadn’t had his hair cut in over nine years.”
The young man continued to speak to the pub owner, and he finally admitted that he was tired of the isolation and he wanted it to end.
“He told me that he had several brothers and sisters who lived with him at the farm. He told me he was the oldest sibling and that he was ready to change the way that everyone was living,” Chris Westerbeek said.
Dutch media reported that the 58-year-old man who lived at the property with them had originally been a handyman and that his name was Josef B. He had originally been an Austrian native.
After pub owner Chris Westerbeek made a police report, they raided the property. They found a secret compartment behind a staircase with a hidden room just as the oldest sibling had described to them. The secret room not only housed all of these siblings, but it apparently also had the bedridden 58-year-old. Josef B. had suffered a stroke and was confined to his bed.
Of course, one has to wonder just how this family survived all of this time. Apparently, they had grown some vegetables and used one goat for milk. What do you think about this bizarre story coming out of the Netherlands? Have your say in the comments below!