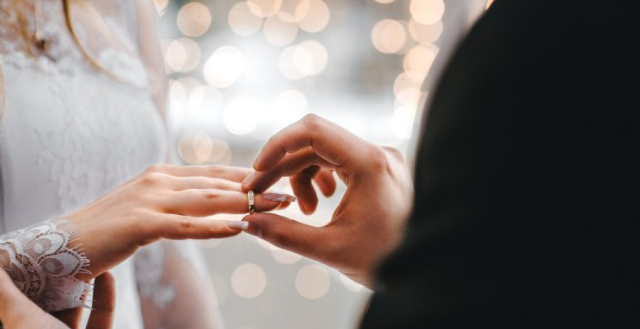 As with everything else in life, a man has met the woman he wants to marry. Thus, like many other couples do, they have planned an elaborate wedding ceremony. Unfortunately, he heard something very “heavy” about his soon-to-be wife’s large family and one of their rituals. Needless to say, he was in shock. However, by the time he heard about this, he was already in too deep with the family to back out. What he decided to do instead was share all of the bizarre details of this family on a relationship subreddit of Reddit. Get ready, it’s a bit odd, to say the least.

I’ll just cut to the chase here: basically, the family will wait outside the bedroom of the couple on their wedding night and allow them to “consummate” the wedding. Once they do so, they are “congratulated” amid cheers and clapping. No, this isn’t a sporting contest. Yes, this is a couple that has recently gotten married. And no, as far as I know, this isn’t a family of porn stars. The young man wrote the following on Reddit:
“So I’m (23M) going to be getting to my fiancee (23F) early in 2021 as long as everything goes to plan. I can’t say that I have a large family (I haven’t been in contact with my father for a number of years now). She, on the other hand, has a very large family, with not only a mother and father, but many aunts, uncles, cousins, and other extended relatives. We get along just fine for the most part. Most of them are very loud, with very flamboyant personalities. Of course, this can be a bit difficult for me to handle since I’m a bit quieter. But overall, I can’t say they aren’t very caring and warm people.” However, he goes on from here, and this is where it gets a little bit strange.
“Something weird has been going on lately, however. Since we have gotten engaged, I’ve noticed that my GF’s cousins will often make jokes about not the wedding, but the wedding night. Of course, I feel like that is a bit strange for them to be joking about, but I try to laugh it off simply because her family knows that we have slept together because have shared a bed at vacations and holiday functions.”
“Fast forward to a couple of nights ago, and my GF and I were discussing our wedding plans, and we thought about places we could go when we are on our honeymoon. (as long as COVID-19 clears up by then of course) My GF and I kept brainstorming ideas, and she finally tells me that a bridal suite won’t be needed. Instead, she said that we should stay at her parent’s house. This isn’t something that really bothers me, but the GF was pausing, kind of like she has a bit more to say. I decided to prod her to figure out why she wants this.”
“Finally, she comes out and says it. She said that her family has this very old tradition involving the wedding night. The new husband and wife will go into the master bedroom and that is where they ‘consummate’ the marriage. However, the rest of the family will wait just outside that door, and then when the new couple comes out, they applaud and cheer them. They cut off the bedsheet and put it into a tapestry that my future mother-in-law owns.”
“I can’t say I’m happy about this ‘tradition’ and I think my GF noticed it. That is probably why she quickly told me that it wasn’t necessary to actually consummate the marriage right then and there. Instead, we could just pretend to do so.”
“I just can’t be a part of this. I totally freaked out and told her I couldn’t be doing something like that in front of her large family, and then I went for a walk to clear my head. When I came back, she did appear like she was down in the dumps, and it looks to me like she has texted her whole entire family about this. I even had her mother telling me that I “don’t understand how important family traditions” are, and that this particular one has been around longer than I’ve been alive.”
“I’ve been having some trouble figuring out where to go from here. I love my GF very much and she is my whole world and the person who I want to spend my whole life with. I’m definitely freaked out, but I love her. But how do I handle her family and deal with this odd ‘tradition’ that they have?”
Very strange, to say the least. What would you say to this young man about this?