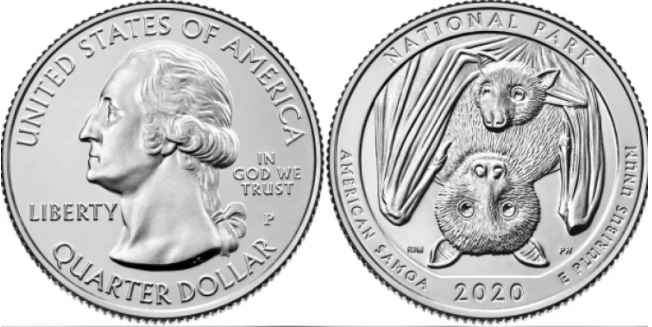 You know, the longer I live on this planet, the more I realize that life has a tendency to indicate art. Here we are, in the middle of one of the worst pandemics in at least a hundred years, and apparently the United States Mint has decided to put out a quarter commemorating the bat on their 2020 example. They claim that it was just a sheer coincidence that they are honoring the very animal that had a hand in sparking the COVID-19 catastrophe.

That is the story either way. The rumor is that either someone ate a bat or came into contact with one and they acquired this terrible Coronavirus and then spread it to everyone else.

Considering that the Federal Reserve is printing these quarters right now as we speak, there are many people who are completely livid regarding this development. Seriously, why would you want to commemorate a bat when this animal caused this terrible virus?

Well, the story goes that this was planned long before the COVID-19 outbreak, as it is in conjunction with the America The Beautiful Quarters Program. The U.S. Mint officials swear up and down that this is just an unfortunate coincidence. However, there is no arguing with the fact that this is about the worst timing possible.

This new quarter is coming out at a time which is on par with the Spanish Flu, and there is a strong possibility that this will be one of the most unpopular quarters that the mint has ever made. The atmosphere has naturally been very sour.

“2020 is not off to the best start, but it is certainly going to turn around when these wonderful bat quarters come out,” wrote author Alanna Massey. Perhaps not surprisingly, Massey’s tweet received thousands of responses.

“Finally! I can now pay as the Goths do!” one individual tweeted out.

“This is the best quarter I’ve ever seen!” someone else wrote out facetiously. “I will never carry any other type of currency in my wallet ever again!”

To say that this would be a bizarre quarter for the U.S. Mint to put out right now would be a bit of an understatement. However, the whole purpose of this example and the other “America the Beautiful” quarters is to commemorate the beautiful landmarks, unique wildlife, and diverse environments of the United States. The bat pictured on this quarter design is that of the Samoan Fruit Bat, which is native to the U.S. outlying islands. However, there are a lot of people who are justifiably weirded out, especially considering the fact that this quarter was released on February 3, 2020, just after President Trump declared COVID-19 a national emergency.

However, in the interest of fairness, the Samoan Fruit Bat is considered an “endangered” species, and that is part of the reason that this quarter was released. Another reason for this design was to recognize that the National Park of American Samoa is the only place that is home to this unique creature.

Moreover, some think this might end up becoming desirable for coin collectors as well.

What do you think about the bat quarter? Do you like it? Or are you a bit weirded out by it? Don’t hesitate to let us know!

6 thoughts on “Say It Ain’t So! The Next Quarter Design Might Have a Bat Design On It!”