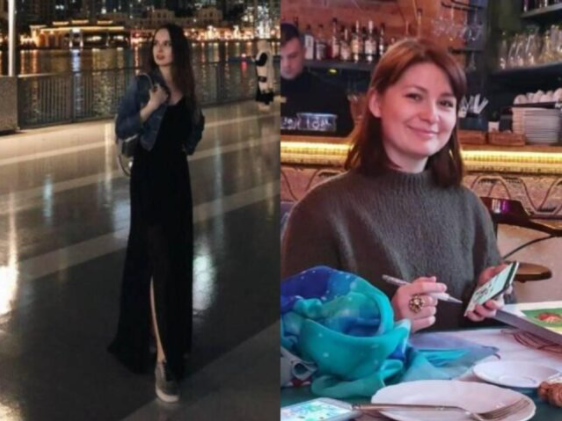 Elizaveta Khlyupina worked as a Russian model and she had definitely had enough of the abuse from her boyfriend of five years, so she dumped him. However, her Hitler-loving ex-boyfriend was not having any of it. He showed his true colors by handcuffing her, and shooting her, her mother and her nephew dead before turning the gun on himself. 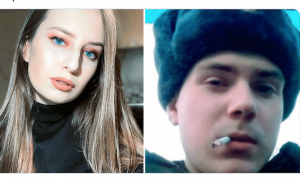 Elizaveta Khlyupina was just 23 years old when she was murdered in cold blood along with her mother Svetlana Tivchenko, 52, and her little four-year-old nephew. A few moments later, officers broke into their Moscow flat to survey the damage.

The culprit of the crime was Sevastyan Putintsev, 21, and he was not only known for being a very jealous man, but has also been described as a “Nazi Fanatic.” Local media reported that after he was done slaughtering these three beautiful people, that he took his own life.

The initial reports were that part-time model and aircraft design student Elizaveta did manage to call the police the first time she was shot, which was in the ear. Unfortunately, when the police arrived they heard four more shots after they demanded entry.

The UK’s Sun Magazine also noted that the faces of both the model and her mother had been badly disfigured, and it appeared that they had been “tortured.” However, that wasn’t all.

Officers later broke into the suspect’s flat to investigate and found several references to swatiskas, Adolf Hitler, and other references to Nazi Germany.

Apparently, the suspect enjoyed wearing a Nazi uniform, and there was also evidence that he had met other far left extremists in neighboring Ukraine.

Interestingly enough, this estranged boyfriend did have a license for the Saiga shotgun that he had used in the murders, but it was only a few days old, indicating that perhaps he had been planning this? The man had also been convicted for theft a few years ago as well.

Closed-circuit TV footage showed that Putintsev had entered Elizaveta’s block of flats and he had the gun. A neighbor noted that they heard a “horrible female scream, reminding me of someone being hacked to pieces.” They went on to describe the incident: “It was the adult voice of a female, and I also heard shooting. I went into the lift, went downstairs, and I saw two police cars arrive. The police ran upstairs, and there was also shooting but they couldn’t get inside in time.”

In the aftermath, there was a great deal of bloodshed. There was not only a dead mother and daughter, but also a dead boy, who was called Matvey. He was the son of Elizaveta’s older sister, Inna. 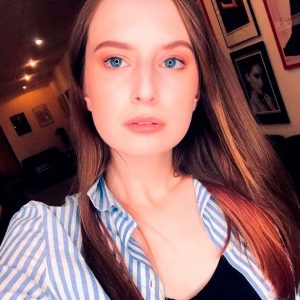 Elizaveta dumped the gunman after an extremely stormy relationship that culminated in him being conscripted by the Russian Army. He tried all kinds of things to win her back, including coming to her window, singing songs, and bringing flowers, all to no avail; she only continued to refuse him.

“A few days ago, I think it was later in the evening,” another neighbor said, “I think he was screaming under those windows that he was still in love with her. But Liza (Elizaveta) would not come out and talk to him. She thought he was behaving very strangely that night.”

Apparently, he was “jealous” because he thought that Liza had a new boyfriend.

University classmate Taras Fyodorov was always very impressed with Elizaveta, saying she was “sweet, beautiful and kind with such a nice character.”

“I just don’t understand why someone would harm her,” he said to the Moscow24 Channel.

“He was just an average, ordinary, good guy,” said the gunman’s father about his son.

All in all, a very sad story to say the least. What do you think about what happened here? Let us know!