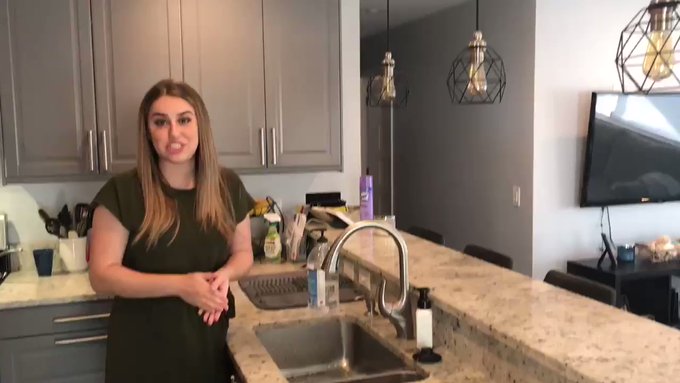 When you consider how the COVID-19 virus has turned everyone’s lives upside down, you quickly realize there will be a lot of mishaps among people who are simply not used to working at home.

One particularly memorable experience recently happened to a news anchor in the Tampa Bay area who was broadcasting at home. She was filming herself inside her kitchen, and it was going well until something completely unexpected occurred…

While news anchor Jessica Lang was doing her thing and working on her broadcast for the greater Tampa Bay area, her father walked into the kitchen without his shirt on! Even though Jessica’s mother was acting as the camera person, apparently neither she nor Jessica had told this father about their planned broadcast!

Work from home they said, it’ll be fine they said. pic.twitter.com/e2eK6IH6r5

Indeed, her dad made it all the way down the hall with his flannel shirt flipped open completely and didn’t realize what was going on before it was too late. However, there were some positives regarding this incident.

First of all, to everyone’s relief, this wasn’t a live broadcast. Secondly, it was taken well by Jessica, so at least she didn’t have any type of falling out with her father. In fact, she found the whole deal absolutely hilarious!

Jessica Lang knew that everyone would get a kick out of this slice of everyday life, so she even took it a little bit further: she actually decided to share the whole story on social media. She got many likes, comments, and laugh emoticons. She was happy to share such a lighthearted moment for several reasons.

The most important reason why she was happy to share this moment was that such lighthearted instances are badly needed right now during this time of social upheaval. They show people that even the professionals are having a difficult time managing their new circumstances.

They also show people that we still can laugh at ourselves even though we are literally in one of the most challenging situations that this generation has ever faced. We Americans are a resilient group, and we will get through it.

What do you think about this light-hearted story?