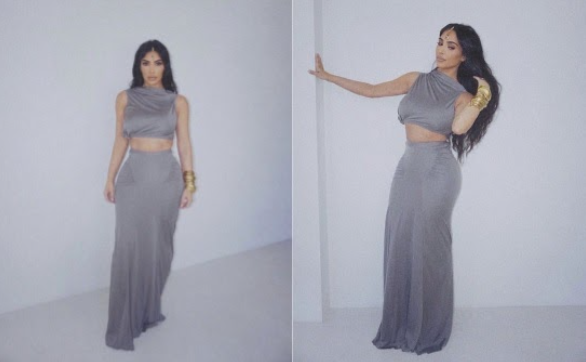 Kim Kardashian has been a trendsetter for at least a decade or better by now. She has been a reality tv personality, a model, a celebrity, and a fashion icon for many individuals to follow. Along the way, she has also become very adept at pushing the envelope.

Kardashian was recently photographed wearing a “maang tikka”, which is traditional Indian jewelry. Of course, those of us who are not Indian might be thinking, “so what?” However, for most native Indians, this jewelry is very sacred and it isn’t something that can, or should, be taken lightly.

What made Kim Kardashian’s decision even worse was her decision to match this traditional look with the more-American apparel of a maxi shirt and a crop top. Perhaps not surprisingly, Kardashian received some fairly severe backlash over this recent social media showcase.

The first comment was from a viewer who suggested that Kardashian should donate to the countries that she is taking the fashions from. “Now that you have taken from South Asian culture just to make a fashion statement, have you considered donating to these same countries? It’s the least you could do.” Another individual noted how she shouldn’t even be wearing this simply because of her own culture: “If anyone feels the need to defend this because she is half Armenian, please be aware that Armenians do not have the fashion of binhis/bindhanis. Just because someone is brown it doesn’t mean they are allowed to wear anything and everything. These outfits are sacred to Hinduism and should be treated as such.”

Another reader was a full-blooded Indian, and this is definitely where things get interesting. “As someone who is fully Indian, I have to say that Kim Kardashian wearing a TIKKA pisses me off. My culture is not your ‘aesthetic’ or ‘style’, so you have no right to use it to model in. Please show some respect in the future.”

Yet another person commented that she couldn’t believe that Kim Kardashian picked this time during this pandemic to do more of her “cultural appropriation.”

You see, this isn’t the first time that Kim Kardashian has pulled something like this. She was accused of cultural appropriation just as early as last year when she wore a maang tikka to a Sunday service.