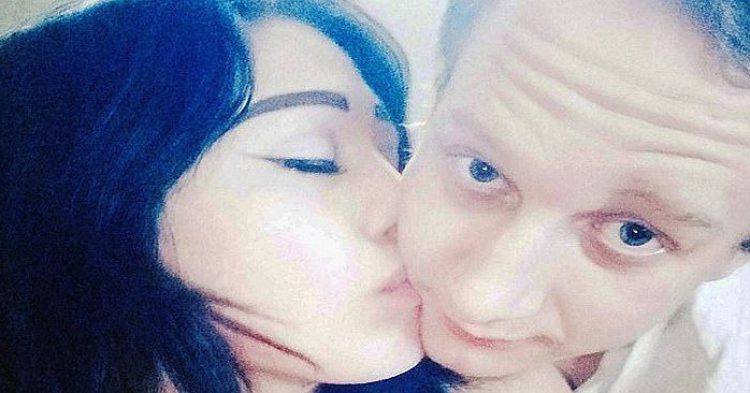 First of all, Onegina admitted that she practiced the sex games with her boyfriend. Secondly, she said that her boyfriend’s passing was an “unnatural death” and that she panicked and dismembered him in order to hide the evidence. She also went on record to say that she and her boyfriend were avid followers of the occult.

While there weren’t any witnesses to the strange end that came of Dimitry, there were several neighbrs in their apartment complex that recalled hearing about their strange sex games. They were many residents who complained to the apartment managers about the activities of these two, but with limited success.

After the police began investigating this case, all they had to do was take one look at Dimitry’s social media account and they realized he wasn’t exactly a totally innocent party either. His Facebook page is rife with Satanic subject matter and dark images. Onegina swears up and down that his death was just an accident and her dismemberment was just done out of panic, but it definitely brings up images of Jodie Foster and Anthony Hopkins of Hannibal Lecter fame. EGAD!

Unfortunately, Dimitry would lose his jobs on both the police force and as a soldier, and he ended up taking a job as a bartender. His remains were found after his sister went to the apartment that he shared with Onegina. They have done tests on the body to determine the cause of death, and so far they have determined that he was dismembered the same day that he died.

“The suspect was 21,” police detective Nikolay Panusyuk said. “She has been detained, and she is insisting she didn’t kill him.”

The social media accounts linked to Dimitry show that he subscribed to several Satanic groups and he also had the words, “In love with Anastasia Onegina.” Interestingly enough, there was also an image dating back to 2015 of Dimitry in a police uniform. Apparently, he lost that job because he tended to be violent and because his colleagues were disturbed by his Satanist tendencies.

After taking a look at the facts in this case, what do you think? Do you feel that Anastasia did this on purpose, or was it just an accident like she claimed?