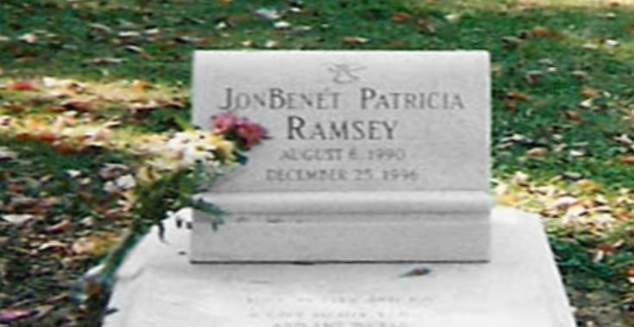 The death of child beauty queen Jon Benet Ramsey on December 25, 1996, in Boulder, Colorado is something that has mystified investigators for twenty years now. However, even though the case has gone cold, investigators continue to try to explore all leads even almost a quarter-century later.

It seems that a new crime show has uncovered some shocking truths behind this famous (or rather, infamous) murder case, and there is no question that it is going to take a ghastly twist. Apparently, new evidence has come to light that points to Burke Ramsey as being the prime suspect for beating and strangling his little sister to death.

Of course, a reminder of the events leading up to the case is in order. First of all, Jon Benet’s mother Patricia recalls finding a long, handwritten ransom note from the Ramsey family’s own stationery that demanded the amount of $118,000 for the safe return of Jon Benet. She immediately called 911 after she found the ransom note and reported her child missing. Then, a search was conducted.

The search would take several hours, but they would ultimately find the little girl in a rarely-used spare bedroom. Although the case has taken many twists and turns (including a very strange ESL teacher named John Mark Karr emerging as a suspect for a time period), the police now have a prime suspect in mind.

You see, the night that Jon Benet Ramsey passed away, her mother had left out a beverage and some pineapple for her older brother Burke. As the story goes, Burke apparently later caught his little sister stealing his snack, lost his temper, and killed her by accident.

The ramifications of this are very shocking, indeed. Basically, what this means is that the Ramsey family not only knows more than what they are telling, but that they actually found out that their oldest child killed their youngest child and then, instead of turning him in, they all lied about it and covered it up.

Although it may seem like one of these wild conspiracy theories that you hear way too often, the story does have some merit to it. First of all, even before this incident, Burke was well-known for his explosive temper. There was an incident just one year prior to this child beauty queen’s death where he hit his sister in the head with a golf club simply because he “lost his temper.”

Indeed, the family’s account of that terrible night is that they arrived home at around 9:30 or 10:00, they fed their children a late dinner separately, and then everyone went to bed in their separate quarters. Later on, they got Jon Benet up so she could use the restroom so she couldn’t wet the bed. However, it was then that Burke saw something that infuriated him.

Apparently, the theory goes, Jon Benet started munching on Burke’s earlier snack of pineapples and tea. That made Burke very upset, so he struck Jon Benet in the head with a heavy-duty flashlight, killing her with the impact.

The former chief investigator for the Boulder District Attorney James Kolar presented his theory of the facts in a recent documentary. “Jon Benet was up, and she might have brushed her teeth because that stuff was out,” Kolar began. “She was probably awake enough that she was still a little bit hungry, so she went downstairs and saw the pineapple and tea that Patsy had shared with Burke earlier. When Burke saw Jon Benet eating his snack, that enraged him, and here we are so many years later.”

Of course, Burke Ramsey doesn’t agree with this version of events, and he filed a $750 million lawsuit against Kolar, the television story, and the producers of the documentary.

Do you think that James Kolar’s version of the truth is fairly accurate? Or do you think it couldn’t be further from the truth? Have your say! We would love to hear your opinion on this fascinating (and tragic) story…

12 thoughts on “After Two Decades, A Suspect Has Finally Been Announced in the Death of Jonbenet Ramsey”